Mini series launched about the history of The Yvonne Arnaud Theatre

Welcome to our mini series looking back on the history and stories of The Yvonne Arnaud Theatre!

Over the coming months we will be sharing a look back at our history, from how we were built, the history of some of our buildings, and some of the dramatic events of our last 56 years! 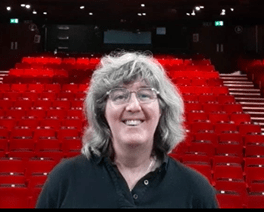 To get the stories of the 2013 floods first hand, we spoke to Liza Cheal, our Head of Production and Technical Manager, who has worked at the theatre for over 40 years. Liza shared her memories of that awful Christmas, which you can read below!

The 2013 water rise happened much quicker than previous flood situations due to some problem with a weir upstream.

We were playing the matinee performance of the Christmas Eve panto and watching the river with our other eye.

At the interval, the water was lapping over the path on the other side of the lock - but we went on with Act Two as to stop the performance half way through would be too awful.

As the finale was playing it was ankle deep outside stage door and the theatre garden was fast disappearing and we knew we had to cancel the evening show.

The void under the stage was filling up and we knew the pit would also, so after the matinee audience had cleared, the backstage team heaved to, to get the panto band and all the sound kit out of the pit and set up in the wing side of stage.

We managed to do a quick line check by which time it was about 7pm, sub stage was full to just under the trap door and water was waterfalling from sub stage into the pit.

Front of House had been busy getting all furniture and anything else moveable up a level in the foyers.

Box Office were phoning the nearly 600 people booked for the Christmas Eve evening performance – the best and most atmospheric show of the year – it was heart breaking.

The only way out of the theatre was through the front door and the river was about to complete its encirclement around the theatre there too.

We shut off all electrics into the building at the substation breaker and left.

On Christmas Day at about 7pm myself, the Operations Manager and panto Company Manager met at the theatre. The river had subsided back into its banks by then. The electrics were still off so we walked through and into the back of the auditorium by torch light. It was all very Poseidon Adventure.

As we walked down the auditorium stairs we reach row C and went ‘squelch’. That is where the water had risen to. Trapped flood water filled the orchestra pit to its very brim.

On Boxing day everyone connected with the theatre came in at 10am. There is a famously spoken of image of our Finance Director marching her entire family down the road in wellies and carrying mops and buckets from their home.

We mopped, pumped, and re-plugged many electrics to make the show work as anything substage was water logged and therefore potentially lethal so we had to run new cabling to all the panto equipment.

We sound checked the band in the wing, put ‘No swimming’ signs up by the still half-filled pit and stationed a couple of ushers by it to stop people being too curious, although they sadly refused point blank to wear their swim costumes, put in a couple of yellow plastic ducks for good measure, then opened the theatre and played the 1.30pm matinee. 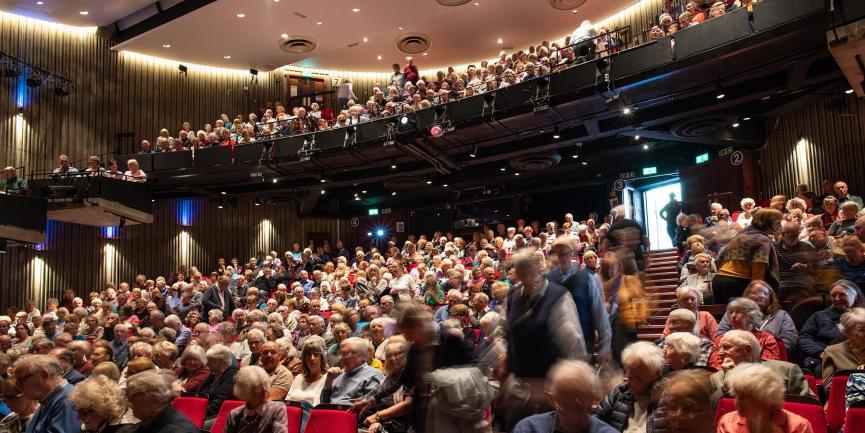 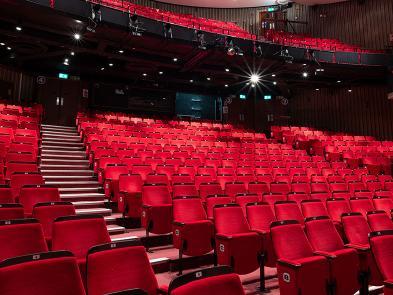