A chamber opera of high energy physical theatre and complex musical harmonies based on Christina Rossetti’s famous tale. With music by renowned composer Conor Mitchell,and book and lyrics by Kath Burlinson, this enchanting production charts the story of two sisters who are ‘tempted’ by goblin merchant men. Unmissable, tempting, controversial, seductive… can you hear the Goblin call?

Opera, fairy-tale, musical theatre combine in this spectacular production last seen at the George Square Theatre, Edinburgh in 2005. The poem has been controversial since it was first written in 1862 but this production has been hailed by press and public alike as a huge success, the production setting new standards of excellence in youth theatre.

Adapted from the poem by Christina Rossetti

Family Ticket: £65
(4 tickets, must include at least 1 child. Will be applied automatically if you put the relevant tickets in your basket)

*Concessions available to Senior Citizens (65 years or over), Under 25s, Students, Job Seekers, people with a disability, and Universal Credit recipients. If you qualify for a concession, you can select this by using the drop-down option when choosing your tickets. You may be required to prove eligibility by providing ID when arriving at the theatre. 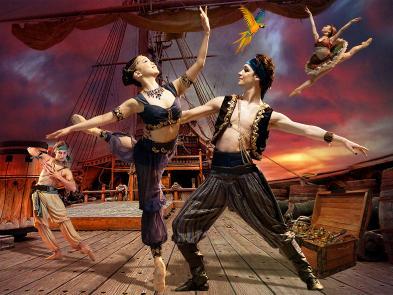